Rules of Kingship in the Deeds of the First Monarch; Jam / Neryosang Vishtaspa 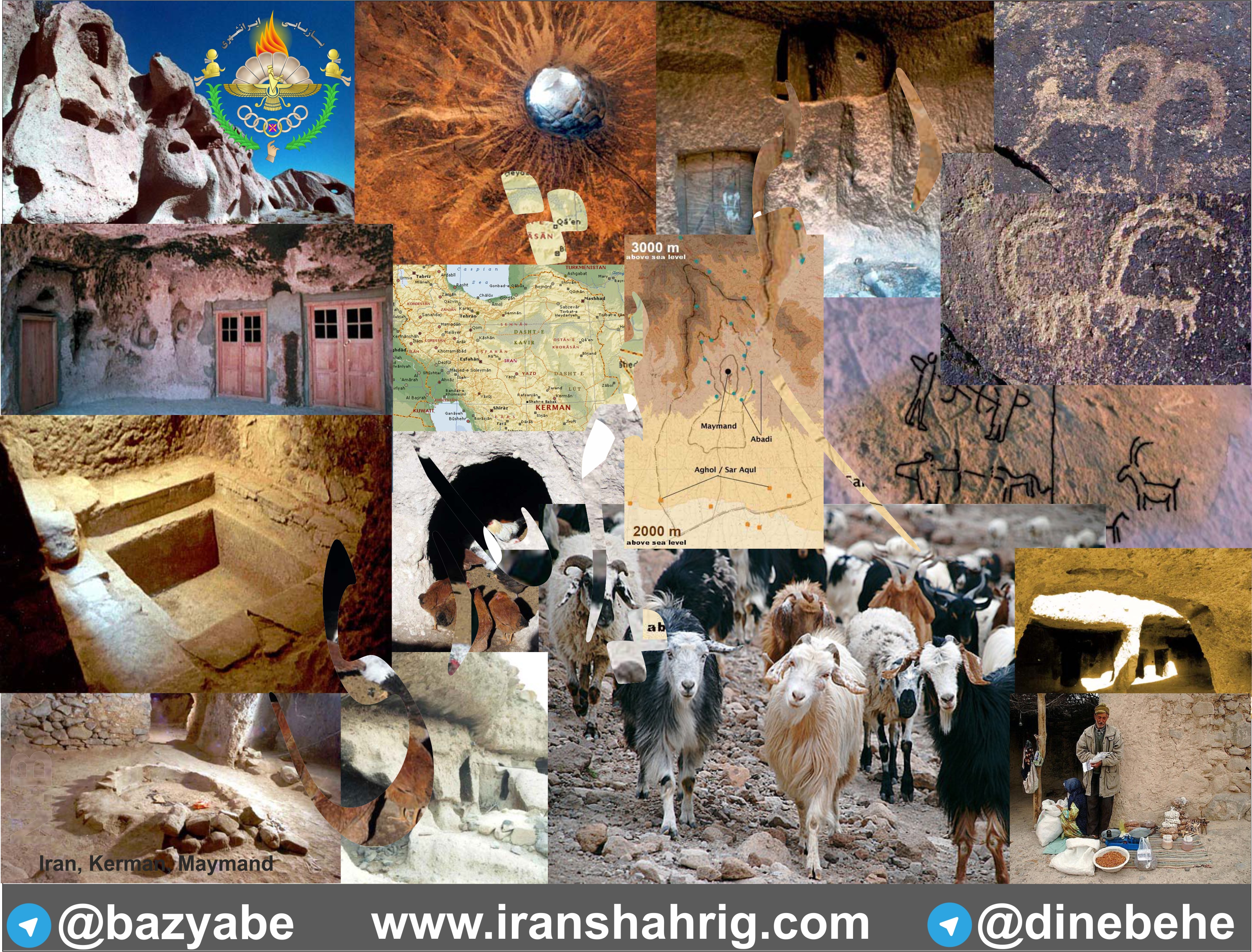 In the second Fargard (section) of the Videvdad (Vi-Daevo-Data- Laws against Demons), Holy Zarathustra thus says:

Here we see that from the very beginning of the creation, Ahura Mazda considers himself in the position of a Friend, a Comrade, and an Ally of the mortal Humans, and Not as their master, lord or one who wishes to enslave men; Moreover, Ahura Mazda does Not describe the first Man with whom he consulted, as a Shepherd, Rather, introduces him with great attributes as a person possessed of good flocks; One who is so Skilled and so Compassionate for guarding the animals that he is renowned with the attribute, further, there is No mention of any of the Abrahamic Myths and superstitions and we only are reminded of the first Godly and Ahuric attribute: “Good Thought, Good will, and benevolence, and it is absolutely essential to distinguish between the two terms, Shepherd (caring for the animals for a paid-career), and possessed of Good flocks (one who guards, protects and holds in good-condition the Daam as a part of his dutifulness); here again we can see how the Abrahamic scriptures have made an awkward task of copying this term and have used it in their stories without comprehending its true meaning, and on the other hand have immediately introduced their own Evil aspects into the story as All the Shepherds mentioned in the Abrahamic scriptures would perform this job only to be rewarded with women.

O Zarathushtra
Then I, Ahura Mazda, said thus unto him:
O fair Jam (Yima),
‘Since thou didst not consent to be the preacher and the bearer of my Religion, then make thou my world increase, make my world grow: consent thou to nourish, to rule, and to watch over my world.’

The whole purpose of the Creation and the dutifulness of the human is summarized in these two paragraphs. Jam (Yima), when becomes aware of his own Capabilities, Consults with the Universal Wisdom, Thinking about what is it that he can contribute to the Humans who belong to his race, what role can he best play to further the creation? What do the Humans need? He asks himself, Am I only responsible for leading the humans towards being grateful of the Good-Wisdom? Would this help in furthering their Consciousness, understanding and Wisdom? Or shall I show them the how to Perform Good Work (Good-Deeds), which is that in which I myself am Experienced, and Share with them the Secrets of gaining Good flocks, which is How they shall Guard and Protect the nature with Wisdom. And ultimately, between these two tasks, he wisely Chooses the duty of guarding, protecting, providing Nourishment and caring for the Daam “Humans- Animals- Plants”, Because the Earth and all of its Inhabitants needed a Law, and a Good Rule to support and promote their coexistence and wellbeing, during the era of the World’s Growth and Expansion.

Here the True and the first definition and meaning of “Kingship” can be observed; Kingship is a Duty and the Universal-Wisdom is the one responsible to choose the King, and to make him Accountable for Guarding and protecting the “Daam” including the Humans-Animals-Plants, and as we shall see, the holder of this duty is Ever in consultation with the Universal-Wisdom to help him in undertaking the task of protecting the Daam from the Harm, and from harsh winters.

It Truly is fascination; The degree of clarity and purity of expression and speech, and it indeed is extremely difficult to distinguish in above lines between Ahura Mazda, Jam (Yima), the divine celestial Yazatas, and the best of the peoples; Jam (Yima) and the best mortals when so ever contemplate over Goodness alone, they acquire Godlike characteristics, They become One with the divine Gods.

And Ahura Mazda spake unto Jam (Yima), saying: ‘O fair Jam (Yima), son of Vivanghat! Upon the material world the evil winters are to fall, that shall bring the fierce, deadly frost; That most evil winters, that shall make snow-flakes fall thick, even an aredvi deep on the highest tops of mountains.

O’ fair Jam (Yima), Before that winter, the country would bear plenty of grass for cattle, before the waters had flooded it. Now after the melting of the snow, a place wherein the footprint of a sheep may be seen will be a wonder in the world.

Ahura Mazda informs Jam (Yima), the first King (guardian of the Daam “Humans-Animals-Plants”) of the harsh and bitter Winter ahead, and the heavy snow fall and the bitter cold as a result of which All inhabitants of the earth are to perish.

‘Therefore O’ fair Jam (Yima), make thee a Vara, long as a riding-ground on every side of the square, to be an abode for man, and thither bring the seeds of sheep and oxen, of men, of dogs, of birds, and of red blazing Fires.;

Hitting a nail in Abraham’s coffin…

Ahura Mazda, the Universal Wisdom, enlightens Jam (Yima) to construct an underground shelter (Vara), the size of a City, and within this shelter to create areas for keeping and preserving a variety of animals and plants, as well as houses for the people to dwell in; and the universal Wisdom enlightens the First King (the guardian of Daam “Humans-Animals-Plants”) to bring to this underground shelter every kind of beneficial plant and animal that may perish during the long and harsh winter ahead, as well as the peoples, and prepare them for a long life during the long winter.
{ and witness How the Abrahamic Religions headed by the Jews, have adopted these stories of enlightenment filled with wisdom and great advice, and as they were unable to comprehend the Wisdom and the secrets hidden in these utterances, they attributed them and all the wisdom and knowledge behind them to their imaginary and fictitious god, and claimed that: Only Allah or Yahweh are aware of the mystery and meanings of these words! As If in their beliefs Human beings were all created as thoughtless Robots destined to execute commands like a Slave, and indeed what teachings could better sustain the society built upon mental enslavement of the masses by the Abrahamic laws!}

It is essential to make a comparison here, in the story of Noah we read that the Angry god, just like an arrogant, envious, jealous, and masochistic creature Orders a Massacre of all the living creation just because the Humans did not Praise and admire it! The god which dooms all the creation for Destruction only because the Humans do not adore it!; It then gathers every kind of creature in a Ship that no evidence of its existence has ever been discovered, and sends them all on the surging tides and the roaring and raging seas, and thus takes Revenge of its very creation, and in the entire Story of Noah, a fictitious character is addressed and he thus answers, and the very story which has never been endorsed by any historical or Archaeological document, neither can the human intellect and wisdom ever accept it, is written in All Scriptures of the Abrahamic religions and regarded by them as A Historical Event!

On the other hand, observe how Ahura Mazda (symbol of universal wisdom) interacts with the first King (The guardian of Daam “Humans- Animals- Plants”); The earth, nature, plants, and the atmosphere required a transformation in order to overcome and relieve the pressures on the atmosphere and the eco-system caused by the presence of large numbers of animals and living species on her; There is No hatred, no anger and no hostility or enmity involved, but Rather a natural requirement for the Earth and the Eco-system which rear the Humans-Animals-Plants (Daam) to enable them to continue supporting and sustaining life on earth for the millennia to come; This transformation is a natural process the Earth needs as it also is created like a human-body going through different stages of life: childhood, youth and old age, and her old age arrives perfectly according to how the humans and the animals make use of her resources, and the need for transformation, and the earliest signs of rebirth, the harsh winter Arriving, and the first King (The Guardian of Daam) who contemplates solutions…

And Zarathustra says on behalf of Jam (Yima):

Then Jam (Yima) thinks within himself:
‘How shall I manage to make that Vara which Ahura Mazda has commanded me to make?’
And Ahura Mazda said unto Jam (Yima):
‘O fair Jam (Yima), son of Vivanghat!
Crush the earth with a stamp of thy heel, and then knead it with thy hands, as the potter does when kneading the potter’s clay.’

Once again carefully observe the divine Hymns of Zarathustra; Jam’s (Yima’s) very first action is “Thinking” , He never looks up the sky searching for a vague and fictitious character asking him, Neither does he hear the inaudible and melancholic voices telling him what to do; He rather Thinks; We previously had mentioned that Ahura Mazda is the symbol of universal wisdom, but this is Not just a symbol, it is a Reality, the Highest Truth which resides within all Humans ever since the era when the souls of the creation were consulted in the spiritual realm in order to combat and fight against the Evil attributes of Ignorance, Lies, death and decay. From the very moment Humans come to live on this earth, he – Ahura Mazda (the universal wisdom) – maintains his presence in all the creation, dwells inside each and every single creature, and from then on, whenever people consult their Good Wisdom they indeed are turning to Ahura Mazda, and are consulting Ahura’s Wisdom.

May knowledge Shine its most Radiant and powerful rays on our thoughts, our Minds and spirits, on the sky of Eranshahr.
So be it